A Pair of Pears

But some stitching has been done.

This week's accomplishment is the second "woven" gold leaf.  The photo below shows the two pears together.  Both use the same technique -- laid parallel linen threads with the working threads worked over and under as shown in the second photo.  The pear on the left is stitched with gold thread alone.  In the smaller pear on the right, the working thread consists of gold thread plus one strand of colored silk. 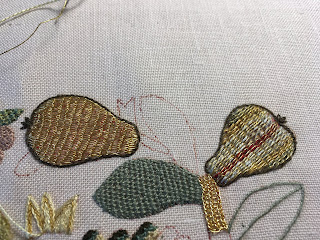 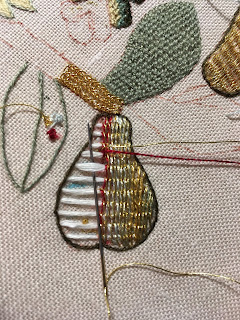 Posted by Stitching With Kittens at 5:30 PM